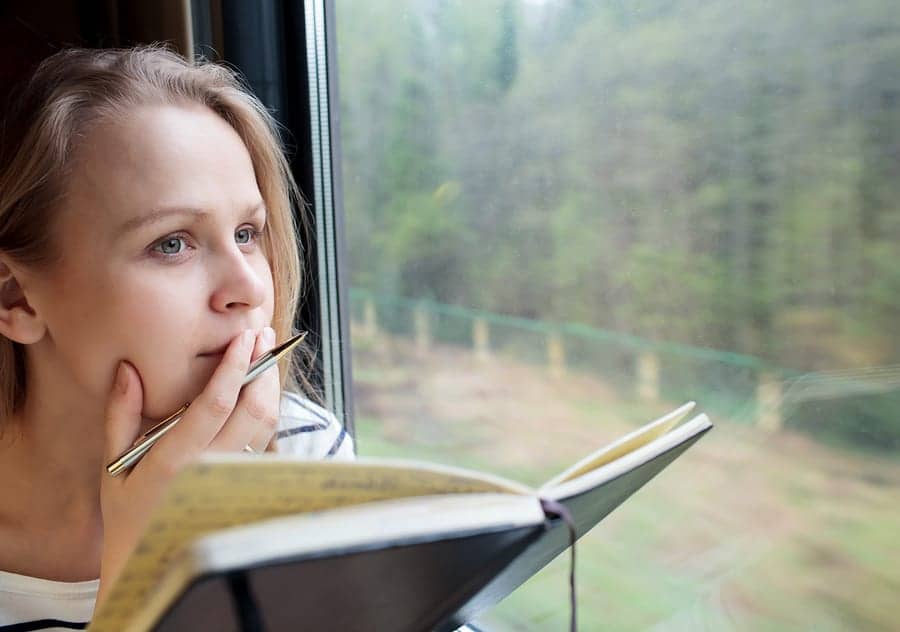 A few years ago I had the absolute joy of attending an author reading in Chicago with the incredible Anne Lamott. That evening she told the crowd gathered that as a writing teacher her students ranged in age from 25 to 75. And then she said something that has stayed with me ever since.[/caption]

She said that many of her younger students suffered from the same affliction, something she called, “as soon as.” You know: “I’ll write my book as soon as I have more time. I’ll buy a house as soon as I get married. I’ll start my own company as soon as I know exactly what’s going to happen.”

I think the underlying message is, “I’ll change my life as soon as the conditions are perfect.”

But here’s the thing – at some point, the table turns and there is no more time for “as soon as.” It becomes what Anne Lamott described as an even worse affliction, which she labeled as, “I meant to.”

“I meant to write a book when I was younger but who was I to think of myself as an expert. I meant to conquer my fear of public speaking but the time was never right. I meant to do media interviews about my message but I was too intimidated to begin.”

I’m struck by the fact that we create parameters around our own dreams and goals. Ultimately what we’re saying is, “As soon as this situation is wrapped up in a neat little bow, then I’m going to have my dream.”

Well if ever there was a time when “as soon as” was staring us in the face, it’s been the last few years, amidst a global pandemic. In the beginning, some people found that they had time to get to those long delayed dreams. For many others, (especially mothers of young and school-aged children) responsibilities only expanded, so the idea of having “extra” time was merely a myth.

Yet I think for anyone who has been holding onto a dream for a while, the time to start living it may be now. Even if it means only having 15 minutes a day to write, or research speaking opportunities, or send a media pitch.

Because I wonder if there is a moment in all of our lives when there is a sudden shift from “as soon as” to “I meant to?”

If so, I don’t think we notice it. I don’t think it taps us on the shoulder and says “Now!” I think it feels more like a nudge, happening day after day, beckoning us to pay attention to what is residing in the depths of our hearts. Our dreams. To do more. To be more. To live more.

It starts, I believe, with a sense that exists both deep within and just below the surface, reminding us that we are worthy of our dreams.

If any of this resonates with you, I have a question. “What are you waiting for?”

Don’t wait until “as soon as” becomes” I meant to.” Start now. Start humbly. But start. Today.

If you’re a woman nonfiction author, now is the time to prepare for national Media (and get the skills to pitch on your own, without ever having to hire a publicist. If you’re serious about having a media strategy to massively boost your credibility, sell books, and make an impact in the world, don’t wait until “as soon as” becomes “I meant to…” If you’re ready to take meaningful action, your Media Success can begin today, right here.